.... here are some pictures of some of the Bag Lady's creations over the past few days.

She bought some huge, beautiful, pomegranates last week, and decided to try some experimenting. She created a pomegranate barbecue sauce, which she used on some pork ribs. Along with some french fries, sweet potato fries and peas, it made a nice meal. 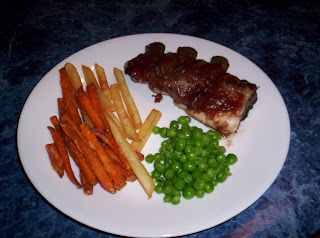 She spent most of her day off yesterday in the kitchen. First, she made some Hot & Spicy Pumpkin Chutney (sadly, she forgot to take photos of it after it was in the jars, and it looks rather like a dog's breakfast in the pan....) 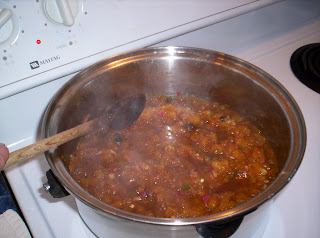 Then she whipped up some Pumpkin Cheesecake Tarts from a recipe she found on the internet: 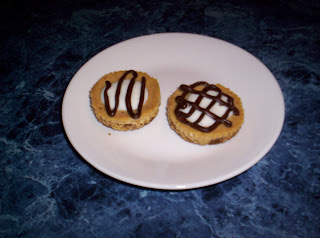 It was a bit of a nasty morning on the ranch, with snow and rain creating a bit of a blizzard, but it eventually cleared off and the sun shone brightly. She tried to take a picture of the steam rising from the backs of the cows as the moisture dried in the sun, but it didn't show up very well. (if you click to enlarge the picture, you can sorta/kinda see it, if you squint!) They certainly seemed to be basking in the warmth though, and most of them stood still for quite some time, ignoring the feed the Bag Lady had spread out for them, letting the sun dry their backs. 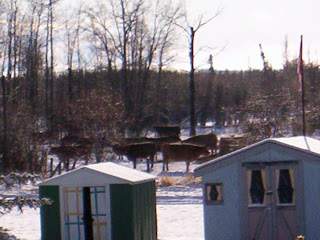 it is KINDA A FOOOODIE POST :)
I may try this with my new phone.
all of my food pics
one day
let the gagging ensue :)

Curious coincidence: I was thinking, yesterday, of cooking some ribs, something I haven't done in many years because the leftovers, while good, aren't as good as just out of the oven, and there's only one of me. But not with pomegranates. And not, I hope, with a blizzard.

Your pumpkin chutney does NOT look like dog food. Either that, or dog food suddenly looks really, really delicious!!

Those tartlets look yummy. I still didn't bake anything. Of course I have issues.

You are quite talented.

Oh, nom. And I love the cows in the sun.

Mary Anne in Kentucky - the pomegranate BBQ sauce actually turned out really well. And I hear you on the leftovers. I cook as though I'm feeding a thrashing crew. Sigh.

POD - thank you! The tarts were actually pretty good.

dfLeah - the steam wasn't very cooperative, I'm afraid. When I first looked out, it looked almost foggy! Of course, as soon as I got the camera, it faded away. Sigh.

Mmm the little cheesecake tarts look adorable! And that pomegranate sauce would be SUPER tasty.

mmmm...looks yummy. I am imagining pomegranate BBQ sauce...and I bet it was delicious.

I hope the snow doesn't come out here quite yet - I still have to finish my raking :)

I can really see the steam coming off that cow in the very back. It looks like a little mound of steam if you look close. Really. And the food pics are great. I love sweet potato fries. And ribs. And I agree with kcinnova...the chutney looks excellent.

I like these kinds of posts too. Now it makes your blog title seem even more appropriate ...[Bag Lady's Blather] Rumblings from the Ranch. (The rumblings being from our tummies because we are hungry for pumpkin tarts and pomegranate sauced pork.)

Have a great day.

Who says that The Bag Lady, with her country cooking and fabulous canning recipes, does not at least sometimes write one of the best food blogs I've ever seen?

Works for me! Are your hands still red from the pomegranate?

Those tarts look really good! And whenever I see your snow-pictures it reminds me to stop complaining about being chilly - it could be so much worse!

It all looks so good. Well, except the snow, you can keep that. What a weird winter we are having though.