The Bag Lady is too embarrassed by the state of her garden to take any pictures to share with you, but she will admit that she is not going to be spending hours and hours harvesting the homegrown bounty. Her potatoes drowned. Her beets drowned. Her corn grew to the enormous height of about 8 inches. Her cucumbers didn't survive, either. She does have bean plants that are producing. The plants are about 6 inches high, but the beans are (seriously, she measured!) 10 inches long! Her turnips drowned, too.

For the first year in many, she has more lettuce than she knows what to do with, but not a hint of spinach. It's been a very strange year. Her peas drowned. The cabbage plants that survived the attack of the wild deer...... drowned. About the only things that didn't drown were the weeds. And the carrots. She has a lot of carrots.

On the other hand, due to the generosity of friends and relations, she has fruit. She has made raspberry jelly. And apple jelly. She made pluot jam. She has raspberry/apple jelly. She has half a pail of apples still to be dealt with, and a neighbour brought her a huge bag of crabapples just last night! So far, she has 42 jars of jam and jelly. If things continue at this rate, she would advise buying shares in sugar.

The Bag Lady is hoping she will have enough tomatoes to make some salsa. She didn't plant as many tomatoes this year as she has in previous years, but thinks she will have enough for at least one batch of salsa. Her peppers and some of the tomatoes were in pots on her deck, so they escaped the deluge of rain that ruined the garden.

And she grew celery this year. She has never tried growing celery and is quite pleased that it seems to be doing well. She planted it in the tomato bed, which has better drainage than her garden, so it didn't drown. She may not be able to do much canning and preserving, but she can have salad! 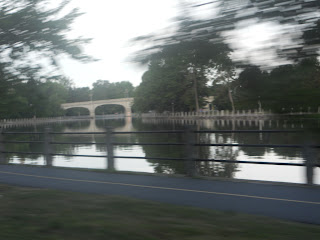 Well, okay, hardly racing, but this picture is a little blurry because the Bag Lady took it from a moving vehicle.
She kinda likes the effect, though.

Have a great weekend.

Photo Finish Friday is the brainchild of Leah over at the Goat's Lunch Pail.

In Ottawa, the Bag Lady stayed with her brother in his fabulous old house. The house was built in 1853, and has undergone many changes in its life. It started out as a single-family dwelling, but was eventually turned into a duplex.

The Bag Lady's brother has done many interesting things to it, and it is wonderfully decorated, with all manner of interesting and quirky things.

There's a little room just beyond the back entrance where he spends a good deal of time..... 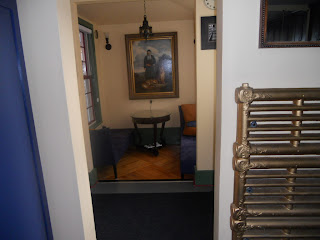 And a beautiful built-in cupboard holding glass of all description: 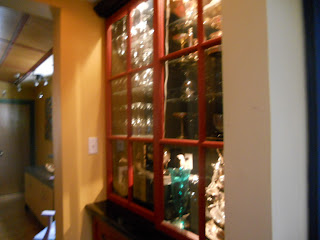 Through the dining room to the living area.... 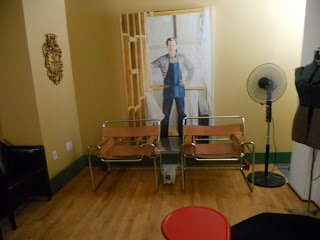 And on to the front entrance hall: 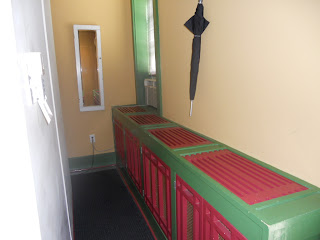 Up the stairs to the second floor 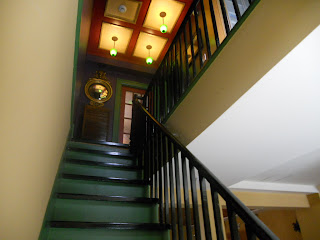 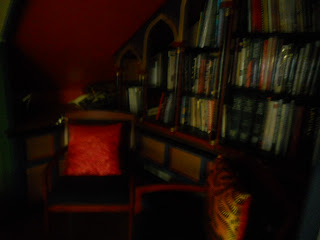 You come to the stairs to the third floor, where the guest room is located. 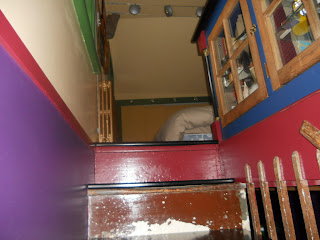 As you climb the stairs to the guest room, you pass the "memory cupboard": 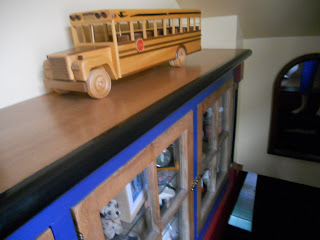 Until you reach the cozy guest suite. 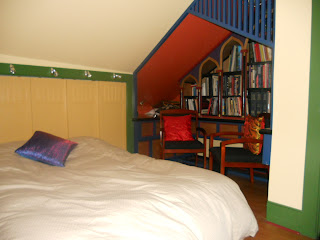 The memory cupboard contains, along with many other things, a photo of the Bag Lady's parents...... (her camera battery was dying, so the photo is blurry. Sigh.) 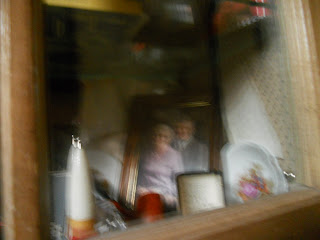 (Blogger liked the pictures so well, it uploaded 4 or 5 copies of each one, so the Bag Lady has spent a lot of time trying to fix this post!) 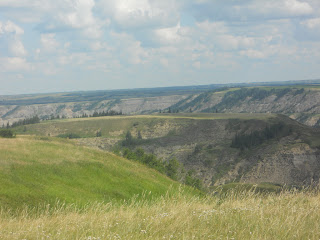 Please click on it to enlarge the following picture for an explanation of the above picture! 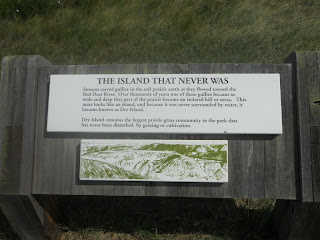 Photo Finish Friday is the brainchild of Leah over at the Goat's Lunch Pail.

(If you aren't Canadian, you may not get the reference to the Friendly Giant) 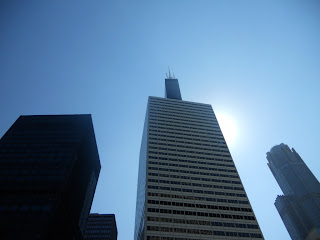 One of the many tall buildings in Chicago that block the sun (which, when it's 101F, is a good thing!)

Photo finish Friday is the brainchild of Leah, over at the Goat's Lunch Pail.
Posted by the Bag Lady at 6:54 AM 9 comments:

Here are more pictures from the Bag Lady's trip. The Marilyn Monroe statue in Chicago..... 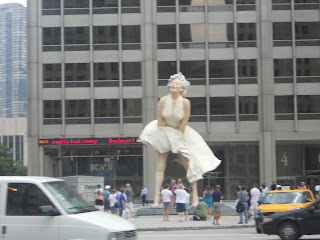 She found this store front fascinating - it is completely full of antique sewing machines! The Bag Lady didn't go inside, but she thinks it was a clothing store. (you may have to click on the photos to enlarge)... 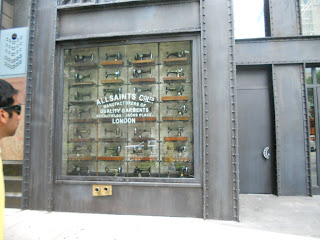 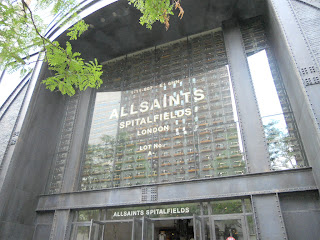 There were thunderstorms a couple of nights during the Bag Lady's stay. One of the storms lasted well over two hours! She tried to take a picture of the storm, but it's blurry and doesn't really show the water cascading in sheets from the sky. 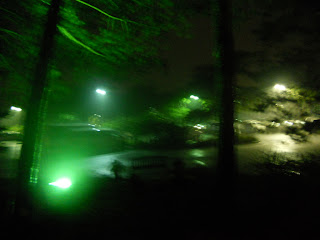 The day after the storm, the skies were clear and beautiful, and the Bag Lady took some pictures of the charming little lake at the resort where her conference was held. 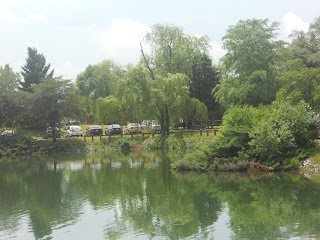 There was a fountain.... 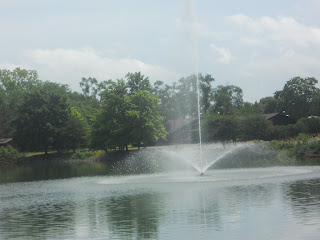 And a family of ducks. 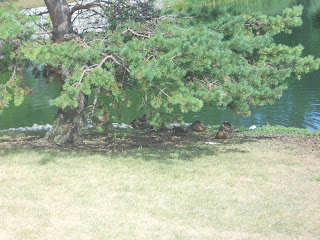 And the Bag Lady was surprised to see that the resort maintained a "kitchen garden", with onions and strawberries, etc, as well as this one.... 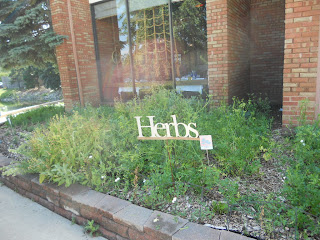 The Bag Lady then traveled on to Ottawa to visit her brother. She will share some pictures of that part of her trip in another post.
Posted by the Bag Lady at 7:20 AM 9 comments: