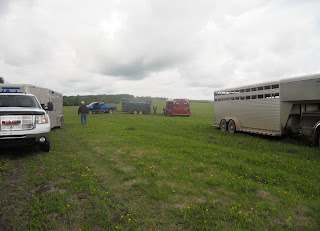 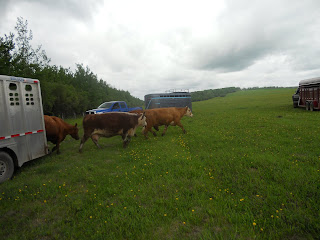 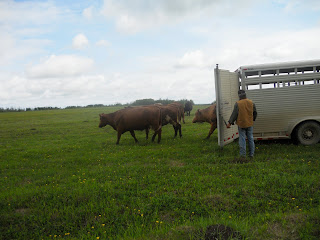 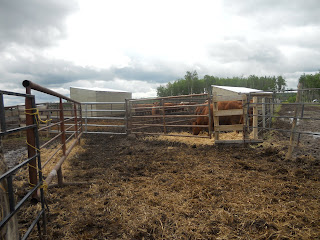 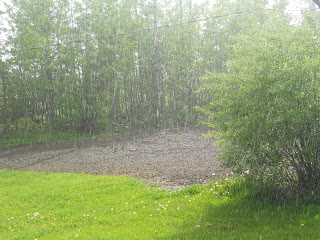 The Rancher and the Bag Lady will be moving their own cattle to summer pasture sometime in the near future as well. But not yet.
Posted by the Bag Lady at 6:25 AM

hahahaha - thanks cousin! It was definitely a smooth mooooove!

Okay between your post title and you and Leah's comments, this is the punniest post ever:) I love it! (And so glad the moooovers didn't break anything.) I had to try...

Synchronicity strikes: I couldn't see through the trees, but I could hear cattle being loaded up to the east of me while I was hanging out laundry this morning. There was much complaining from the ones left behind.

Glad it was a trip with no glitches! I seem to remember a trip a few years back that had a little more moooovie material! Ha! I'm sure the bossies are much happier with all that new grass.

Fun puns. hahaha
Leah totally cracked me up. Bad influences - all of you cows.

Fun stuff in this post and comments here. I'm glad you were able to bring the cattle over to the udder field. ;)

I love that last image and I'm glad to see that your snow is gone.

Charlotte - and you did very well indeed!
Mary Anne in Kentucky - glad I could be of service!
Redbush - yes, it was a welcome sight for those cows.
Reb - thanks. It was a pretty shower!
Messymimi - glad we made you smile!
Janell - it was a golden opportunity.
Hilary - good one! (I knew I could count on you!)